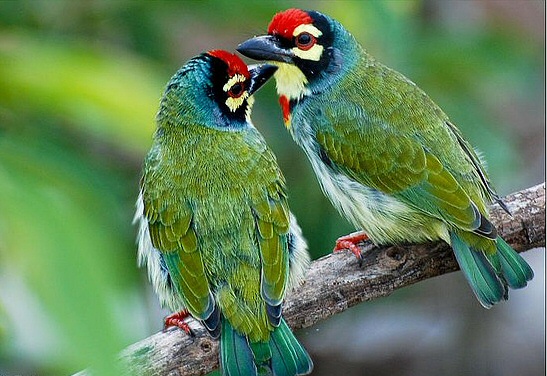 I will be embedded with a scientist whom I will follow around for a few days. I like this person already and could be friends in a normal world. Are there strategies I could follow while reporting to remain a human being and keep an appropriate journalistic distance?

In a way, when you’re doing that kind of profile, you want to drink the Kool-Aid of the person, for a little while. You want to get inside their heads, so you can communicate in the strongest, most authentic way what they have to say for themselves. You want to show them at their smartest and funniest, to show why they are worth reading about. So I don’t think there’s anything wrong with having friendly exchanges. But of course, you are not their friend. It won’t be a good story if you forget that. Maybe it sounds cold, but that’s the main thing that keeps me firmly in the role of journalist even when I like my subject. In terms of specific strategies, I would talk to their critics  before you go. Whether you like the person or not, it makes the reporting process more efficient, because you can be looking out for examples of their known flaws and foibles.

At one of my first jobs, covering NIH for a newsletter in Washington, I interacted occasionally with a young scientist who was about my age. After she saw one of my articles that alluded to something she’d said, she called me up, upset about something in the piece (I can’t remember exactly what). “I thought we were friends,” she said.

Now it was my turn to be upset. What had I done to make her think we were friends? I always had my notebook out when we were together, I never asked her personal questions, I never told her anything about myself except the most superficial facts. I was always aware that our relationship was reporter-and-source. But, maybe because this was her first government job, I guess she hadn’t been. (And whatever it was I’d written must have really pissed her off—30 years later we were seated next to each other at a fancy banquet, and she moved to another table.)

It was my first lesson in the importance of keeping my distance from my sources—even before Janet Malcolm wrote her famous line about how journalists’ stock in trade is ingratiating ourselves with the people we write about and then “betraying them without remorse.”

If you’re being embedded with this scientist, I assume you’re writing a profile or a long feature article—which means that you’ll want to find as many personal details as you can to bring your piece to life. So I wouldn’t beat myself up too much about trying to stay cool and remote—you don’t want to lose the chance to find out the juicy bits (you can decide later how many of them you want to include, which is a different question for “Ask TON”). I think you can interact with this scientist in a friendly way without seeming like a friend. It helps to have a notebook or laptop or tape recorder visible whenever you interact, to signal that what you’re having isn’t an ordinary conversation. It helps always to pay your own way if you’re at a meal or function together—and, if possible, to pay the scientist’s way, too, making it clear that your publication is picking up the tab. It helps to stop every now and then to clarify whether you’re on the record—not because you need to clarify it, necessarily, but because it’s another signal that, no matter how much you both might enjoy spending time together, you’re there as a reporter, not a buddy.

And then I’d relax. If you interact with your subject as a person, not a robot, that relationship will help inform the story, and your deeper sense of this scientist will make your story stronger. Depending on what kind of piece you’re writing, the relationship itself might even become part of the story. And acting naturally instead of worrying about whether you’re getting “too close” will free you up to focus on the person whose behavior is what really matters—the scientist, not you.

I think fears of becoming too close or too friendly with sources tend to be a bit overblown. You want to get to know the person—and you will, given that you will be spending a few days with him or her. If you’re writing a profile, it’s imperative that you delve into what makes this scientist tick, why they’re doing the work they do, what motivates them, and so on. Even if you’re not doing a profile, getting at those questions will help inform your writing about their research. That said, I think it’s important for you to set expectations early on regarding how much control the source will have over the article. The answer to that should be, “None” or, maybe, “Almost none.” During the fieldwork, you’ll be there observing, but when it comes time to write, the source won’t have a say in how you put your story together, what you decide to include or exclude, etc. Laying that out ahead of time is important, so the source doesn’t feel like he or she has a right to review what you’re writing.

I’ve dealt with this issue on many reporting trips, and every situation is somewhat different. Do pay your own way, even if the researcher offers to cover costs; do tell the researcher, up front, the scope of your project and what you’re hoping to get out of the trip. The more transparent you can be early on, the better. Do act professional—for instance, don’t bring family or friends along, even if it’s a trip to a spectacular wilderness area.

Beyond those basics, there are a lot of subtle ways to maintain boundaries. If you’re on an expedition with a scientist or a crew of scientists, especially to a remote place where you have a lot of long, dark evenings to while away, it’s inevitable that you’ll become friendly, and share jokes and personal stories. That’s only natural, and it’s good for the story for you and your sources to be comfortable with one another. But I always try to remind my sources that their side of the conversation is on the record unless specified otherwise. I keep a notebook with me, even at meals or at the beach, and I write in it frequently. I often talk about my work and how it’s done—researchers are usually curious, and it’s an easy way to remind people what I’m doing on the trip. If I feel like a source is getting too comfortable with me in some way, I might even say, lightly, “Hey, remember, it’s all on the record,” which usually reestablishes the necessary distance. If I have a chance to participate in the research, I often accept, since that kind of experience can be great material for the story—but I don’t do it so often that the group starts thinking of me as a field assistant. I also make sure to bow out of situations when they get too loose—for instance, I don’t hesitate to share a beer or two with researchers, but if a group really gets serious about drinking I leave the room. I try to be clear, at every turn, that I’m there to do a job—and that if I’m within earshot, I’m on the job.