Ask TON: How to Fact-Check 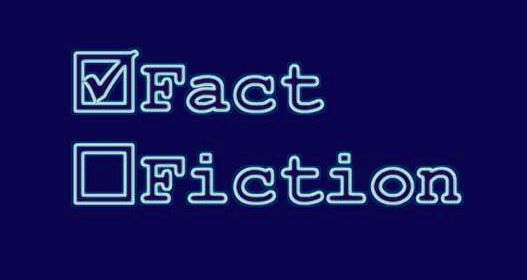 What is the appropriate way to go about fact-checking your own stories? Is there a specific method that a person should use? If so, what is it, exactly? Also, when in the process is the right time to do this—before turning in a draft, or after a story has been through the bulk of substantive editing?

Before I submit an article to a magazine or newspaper, I will have gone through it sentence by sentence, thinking about each statement I’m making and how I know it is true. I go back to my notes and references to double check or I send a question to the source by email. When I’m satisfied, I mark my words in blue on the screen (or in ink if I am reading the draft on paper) and then move on. Some of this I do as I go along, so my drafts are dappled in blue—and with spots of red if there are things I wasn’t certain of and want to verify later on. I try to avoid sending sources a paragraph or even a sentence that is verbatim. It is easy enough to paraphrase.

I do the same for my books, sometimes with the help of a fact checker. Here I might make a distinction between science journalism and science writing. I grew up in a culture where anyone who appears in a story sees it when everyone else does and not beforehand. When I am doing explanatory writing in a book, I might run it by one of the scientists I consulted. But that has to be my own decision, not a demand from the source. When I wrote Strange Beauty, a biography of Murray Gell-Mann, I wouldn’t let him read it in advance.

I go through the same procedure whether or not the publication has fact checkers. My goal is to leave nothing that they might find incorrect. Of course that never happens. And no matter how hard I try, mistakes still squeeze through. In a piece last year for The Times, I stupidly called the discoverer of X-rays “William Roentgen.” That’s a correct translation of “Wilhelm,” but as a reader pointed out, “You wouldn’t call the composer John Bach.”

That’s a very good question. Obviously, no one wants to give false information to the reader, or have to run a correction. Making sure you’ve got all the facts straight in your story is one of the most important steps in the self-editing stage—especially since so few publications have in-house fact-checkers anymore. In my experience, the best ways to double-check the information in a story involve two things: people and paper. If a source mentions the findings of an interesting study that you want to include in your story, for instance, dig up the original study and make sure his or her summary was accurate. Same goes for things like statistics, dates, and just about anything else you can double-check in a primary document. If you’re fact-checking something like an event—what happened, who did what, etc.—it’s good to talk to as many people who were there as possible. Sometimes different people will have different recollections of the same event. And trust your gut—if something a source is telling you doesn’t ring true, ask another expert (or two or three). Always double-check names and titles, too, either by finding a source’s official bio online or by asking them directly.

To answer the second part of your question, it’s best to fact-check your story before you send it to your editor. You always want the first draft to be your best effort, and double-checking the information in your story will help make sure it is. And of course if there is an error in your draft, it’s much better if you find it and correct it, rather than your editor discovering it.

When I file my first drafts, I leave lots of TKs and CKs in, but those relate to details like the affiliation of a source or the year in which something happened. I tend to fact-check the broader concepts and sequence of events as I am writing. That’s because the article just would not work the way I might have conceived it if those broader facts turn out to be incorrect. This is of course commonsensical to some extent. But I want to point it out anyway because facts aren’t just the details of spelling, place, date, and definitions—but higher-level relationships between concepts, arguments, and themes in the story.

By the end of the first round of editing, I find inconsistencies, inaccuracies, and other stuff to correct. At the copy-editing stage, there’s more stuff—usually smaller but nonetheless important—that get fact-checked.

And then there are quotes. I often re-interview sources as I am writing, or sometimes because the editor has asked questions, and that will lead to better quotes or clarifications of earlier quotes that call for revision. I don’t, as a rule, share drafts with sources or let them dictate what not to use from our conversations. Scientists will often offer very helpfully to “check the story for inaccuracies before publication.” I politely decline in every case. No matter how well-meaning the source, I have found from experiences early in my career that the reader is rarely served well by this rather widespread practice. Sometimes, the source’s desire to correct inaccuracies in this way turns out to be a not-very-subtle attempt to influence tone and emphasis. Resist that at all cost.

I don’t think there is one single right way to fact-check. But then, I was never formally taught any method. I think it would be interesting to also ask this of someone who went to a traditional journalism school. But here’s the process I made up:

I tend to start writing early in the reporting process, and I try to keep track of my sources from the get-go. For example, in a short story about a single paper, I often write the paragraphs that summarize the research before I call the researcher. That way, I’ll find out where I am unsure and need clarification. Obviously, this means that I do a fair amount of rewriting, and things get moved around a lot. Nevertheless, I find it easier to attach the source for each assertion of fact to the copy from these very first drafts. Yes, some facts will be cut and with them the carefully noted source, but it still feels faster to attach the source when you write the sentence, rather than looking everything up all over again at the end or after editing.

The way I attach source information without it getting too lost in the frenzy of cut and paste is to use Word’s footnotes function. After each sentence with a fact in it, I hit “Insert footnote” and then jot down the source, whether it is a website, a paper citation, or a note about who said it in an interview. That way, as long as I cut and paste the little numeral with the sentence, it’ll automatically renumber and reorder my sources. Using footnotes also keeps the clutter of fact checking info out of my way so I can better eyeball how long my actual copy is, how long my paragraphs are, and so on. Footnotes aren’t counted by the “word count” function either, so you can still use that to check your length. [Fact-check: They actually are. But Word’s tracked comments are not.]

This is my ideal process. Sometimes when I am in a hurry or when I am being lazy, some facts don’t get sources attached, or I end up with footnotes sections filled with a bunch of ominous TKs. As I get more and more familiar with ecology and conservation biology, one problem that comes up is that I know facts, but I can’t remember where I got them. Then I have to go hunting for a source.

Another problem that emerges when you know your beat well is that you lose perspective about what facts are so obvious and well known that they don’t need a source. I mean, in a story about spaceflight, you wouldn’t have to cite Newton to back up your sentences explaining that the rocket must fight against the Earth’s gravity. But what about something like island biogeography? This states that if you have a smaller island (or other isolated habitat) you’ll have fewer species, in part because a small area will have fewer individuals of a given species, and there’s a greater chance that none of them will successfully reproduce. Do I have to cite E.O. Wilson and Robert MacArthur’s original work from the 1960s for this, or can I just assume this is up there with gravity? Of course, if you are lucky enough to be writing for a place with actual fact checkers, they’ll let you know if something is general knowledge or not.