How to Ace a 300-Word Story: An Interview with Roy Peter Clark

It happens again and again: The assignment calls for 300 words. I write the perfect story—in 800 words. Then I’m fighting to cut the damned thing down to size. My search for a better way led me to writing coach and Poynter Institute scholar Roy Peter Clark’s newest book, How to Write Short: Word Craft for Fast Times.

I read the book. I stalked Clark online. Then we chatted at length, and I invited him to speak at the upcoming ScienceWriters 2013 meeting in Gainesville, Florida. Finally, I distilled his advice into four key steps to writing short.

It’s easy to accumulate scads of oh-so-interesting information when you’re reporting, but when it’s time to write, you must shift from a wide-angle view to a tightly focused plan. A short piece has no room to wander—if the focus isn’t ninja sharp, you’ll never get to the point.

The way to narrow your focus is by asking yourself some basic questions: What’s most interesting? What’s most important? What should readers know first? What’s the headline?

Think of focus as a door into your piece. You are the bouncer who admits only material that supports your objective. If that awesome color quote doesn’t serve your purpose, slam the door shut.

Clark says one of the best focusing tools in a journalist’s kit is the act of writing the lede; a good one, he says, gets close to the action and avoids the abstract (“Athletic women are especially prone to knee injuries”) in favor of concrete, specific details (“Gina Dworkin’s left knee is a battle-scarred standard for her devotion to soccer”).

When structuring a short piece, it helps to recognize two different modes of writing: report and story. The report delivers straightforward answers to the classic journalistic questions of who, what, when, where, why and how. Sometimes a report is exactly what’s required, but when an editor asks for a narrative touch, you’ll need some extra tricks. 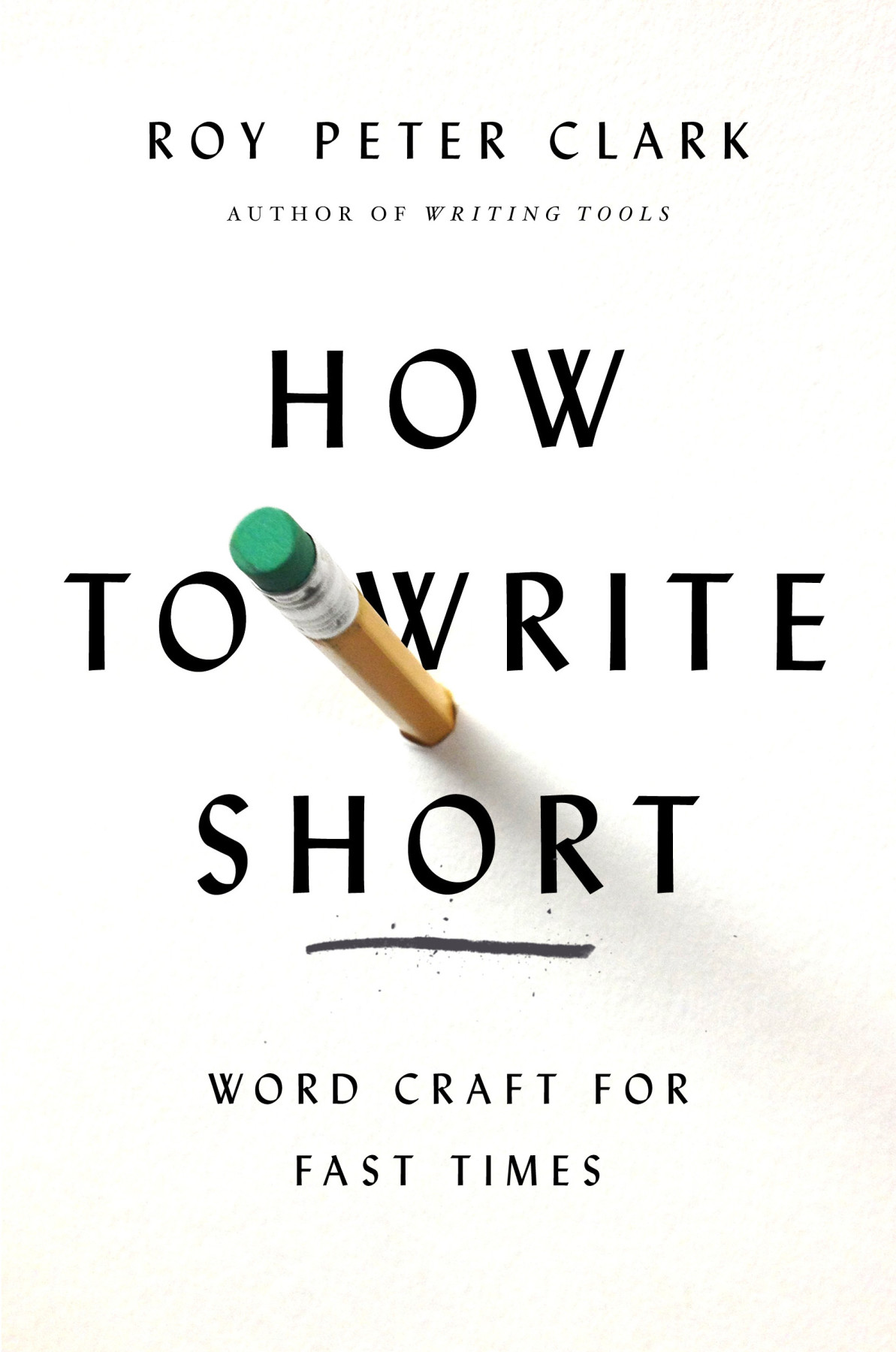 In How to Write Short, Clark pairs each of the Ws with a counterpart narrative element that can transform a report into a story: Who becomes character:  not “athletic women” but “Gina Dworkin.” What becomes scene; where becomes setting; when, chronology; why, motive; and how becomes the narrative arc.

You can’t cover all the elements of the story if you have only 300 words. But you can still mix narrative and exposition. The classic way to do this is with a beginning anecdote, followed by a middle expository section and then a return to narrative at the end.

When it’s time to tighten a piece, Clark says, he follows the words of his mentor, Donald Murray: “Brevity comes from selection and not compression.” He points to an essay he recently wrote for The New York Times. The piece ran 1,200 words online; his editor told him it would also run in the print edition at half that length. Rather than leave the culling to his editor, Clark ditched 600 words in an hour or so. “I didn’t do it by squeezing, looking for unnecessary words in sentences and paragraphs. I didn’t do it by shaking out the dead leaves,” he says. “I did it by pruning limbs.” Instead of the five examples of the power of the short sentence used in the online version, for instance, he selected two for the shorter piece.

For fine-tuning a draft, it’s hard to beat the tips found in Clark’s earlier book, Writing Tools: 50 Essential Strategies for Every Writer. But in How to Write Short, Clark offers additional techniques especially suited to writing short, such as the one-two punch where the writer rubs two elements of language together for effect: “Float like a butterfly, sting like a bee.” This principle of balancing two elements, comparing and contrasting them, can also work for entire paragraphs or short essays, Clark says.

Tweak the predictable, he says. Take a common phrase and turn it into something surprising. Instead of A man’s home is his castle it could be his upturned refrigerator box.

My favorite idea is to add what Clark calls the grace note—a single elegant word or phrase that elevates an otherwise straightforward piece. As an example, Clark points to the lyric “crazy ’bout Elvis” in Tom Petty’s song “Free Fallin’”—a detail that grabs the listener and gives a deeper sense of the song’s main character. It is the grace note: “an exquisite ornament” that surprises, despite being absolutely intentional.

Ultimately, all these techniques apply to any article length. But when writing short, they make the difference between a functional-but-forgettable piece and one that leaves others asking, How did she pull that one off?

Anne Sasso is a longtime science writer whose work has appeared in Outside, Discover, Men’s Journal, Backpacker and other publications; these days, she writes almost exclusively for corporate clients. She is a contributor to The Science Writers’ Handbook and blogs regularly for the book’s website, Pitch, Publish, Prosper, where you can read her companion piece on writing short. Follow Anne on Twitter @sasso_anne.