Christie Wilcox Gets a Taste of the Atlantic Lionfish Invasion

The lionfish, a common aquarium fish native to the Indo-Pacific region, has become an invasive species in the Caribbean and southern U.S. Atlantic coast, where its voracious appetite for young grouper and snapper is endangering populations of these economically-important food fish. One proposed solution is to encourage people to harvest and eat lionfish.

Christie Wilcox is a science writer and  Ph.D. candidate studying lionfish toxins at the University of Hawai’i at Manoa. Her study population doesn’t live in the Hawaiian Islands, so she recently traveled to coastal North Carolina to collect samples. From this experience, Wilcox wrote a blog post and a 3,000-word feature about her first lionfish meal. “The Sweet Taste of Conservation” appeared on Wilcox’s Discover blog, Science Sushi, on June 18, 2013. “The Worst Marine Invasion Ever” appeared in Slate on July 1, 2013 and was recently selected by Slate science and health editor Laura Helmuth as one of the publication’s top 10 animal stories of 2013.

Here, Wilcox tells David Kroll the story behind the two stories. (This interview has been edited for length and clarity.)

I’m struck that you had to leave Hawai’i to get samples for your research work.

Somewhere in the middle of May, I was talking to my boss about needing more samples to do my project. I just suggested to him, “Hey, why don’t I just go somewhere there’s lionfish and go get some.” I know a lot of people at Beaufort [a coastal North Carolina home of marine research institutions], and he said, “Well, maybe you should see if they were doing a derby.”

You mean one of those trendy contests where divers compete to spear lionfish and encourage folks to eat them?

They’re also sometimes billed as tournaments. It turns out that a derby was being held two weeks later—the “If You Can’t Beat ‘Em, Eat ‘Em” inaugural contest off the coast of Beaufort. My boss very specifically told me to go out there and collect samples, but also find something to write about. So I went out there for the whole tournament—collecting my samples only took two long days.

It sounds like your boss is pretty supportive of your writing. Has that made it easier to juggle writing with research?

My adviser, Brian Bowen, has been really supportive. I didn’t mention [my writing] when I started grad school in 2009. But then people would come into the lab and say they liked an article I wrote. The big step in his recognizing this as a “serious thing” was when I was invited to Scientific American [and now Discover magazine blogs]. The SciAm brand made this seem real. Now, when people visit the lab, he always points to me and says, “This is our celebrity writer.” But he’s not shy about telling me when I’m overcommitting or losing focus in my research. I earn a graduate stipend by working 20 hours a week as a teaching assistant or research assistant so I have other activities that also compete for my research time. But if I have a PCR running and some free time, I’ll read some articles and look for a story. I also write until all sorts of ungodly hours and on weekends.

As a scientist/writer, do you worry about conflicts of interest? How do you maintain a journalist’s skepticism and sense of objectivity when you may be writing about colleagues?

It depends on the story. When I’m writing in other places, like writing about the science of makeup for the YouBeauty site launched by Dr. Oz, I feel like I’m being hired as a writer and not a scientist. When I’m writing about science that’s this close to me, I don’t necessarily view myself as a journalist. To the contrary, I feel that people reading an article like this are looking to hear Christie Wilcox, the marine biologist, and my expertise and commentary on an important marine topic. That’s what makes my perspective important. To me, it seems the same as seeking out other science writers who develop specific areas of expertise. If you want to know about oxytocin, you go to Ed Yong. Parasites? Carl Zimmer.

Of course, I still view the science as objectively as possible, as I would in writing a scientific manuscript or reviewing one from a scientist I interview. Scientists already approach life with a heightened level of skepticism. So while I run the risk as being perceived in writing about a problem that might get my boss more research funding, the lionfish invasion is, objectively, an important problem. The scientific truth is that the part of this that is my PhD work—characterizing lionfish toxins—is a critical research topic and one that the FDA is considering for consumer safety.

Tell me a bit about your writing strategy.

The original story I figured I was going to write was the one that ended up as my blogpost on it, not the one on Slate, which is the one where I was eating lionfish for the first time. There’s this culture among biologists about whether you’ve eaten your research species. That’s sort of a geeky little thing that we do. But hey, I was like, “I study an organism that we should be eating!”

The longer piece is primarily about your scientific experience but it was more than that.

This was the first lionfish derby that was there in North Carolina. They started elsewhere around 2007 or 2008 where divers hunt them and have chefs show you how to clean and cook them. These were pushed by REEF and anti-lionfish NGO groups that really wanted to get people out there fishing for them as much as possible. The goal is trying to show people that they’re not going to kill you. They’re perfectly safe to eat and really quite tasty.

Did being a scientist and a certified scuba diver give you special access to this story?

Absolutely. It certainly gave me a little more time with James Morris, who is awesome in terms of the press. He’s been a really great source for journalists, having given about 100 interviews in the last five years.

The whole story came about because I was a scientist and doing the research. Perhaps if you’re a National Geographic journalist who travels for a month with an expedition you’d have equal or better access. But a regular beat reporter probably wouldn’t be able to devote the time. You might have an hour for the interview, some time to shoot pictures. Here, I got to spend two or three days with them, talking about the science, and very in-depth.

Tell me how you pitched the article to Slate. Had you planned to do something more than just your Discover blog?

I had planned to but it really depended on what I came up with.

It turns out that I pitched the entire story. I got home and had it in my head and wrote it out just to see how long it was going to be. I pitched it first to David Corcoran, editor of The New York Times‘ Science Times section. But it was too long and they had already done a fair bit on lionfish.

So, I sent it over to Laura Helmuth at Slate because I knew she’d be interested. They’ve been doing a lot of good science lately. I think that’s in large part due to Laura coming on board from Smithsonian.

I’ve probably pitched a half-dozen ideas to her. She’d always be enthusiastic and say she loved it but either that they had someone already doing it or that they covered a similar topic the previous month. Cultivating that relationship didn’t hurt. I knew it would fit well at Slate and I was kind of hoping she felt the same way about it. So I had her in mind from the minute I started writing it.

Was she excited about the video part?

Yes, but she already said, “We want this,” from reading the whole article. Then she asked what else I had so I told her about the video and the ton of pictures I had. I let them decide how much multimedia they wanted.

Your photo accompanying the lede was disturbing. This creature was full of fat. Even its liver looked yellowish, like that of a person with fatty liver disease.

The lede for the story came up while I was cutting the lionfish. Initially, even Morris didn’t think this was worthy of journalistic attention. It’s something he’s seen all the time. That story is 100 percent true: He pointed at it and asked if I knew what the white chunky stuff was. I stood there like a moron, saying, “I don’t know! You’re not going to tell my advisor—I won’t get my Ph.D.”

But when he said that it was adipose—interstitial fat—I said, “Whoa, we have to talk about this a little more.” You just don’t expect to see fat wild animals. Things don’t get fat, they’re fighting against wilderness.

The video piece nicely augments the story. Did you prepare to shoot photos and video?

I brought my HD camera and my iPhone and I was taking pictures the entire time. But I didn’t have a camera down at the reef. It’s tough to do at 120 to 140 feet. I’d need to be fancy, a big rig with lights.

What challenges did you face while writing this story?

I had to turn off my inner scientist and think both ways. I was listening for a story, not just to think [about] what’s important to me but also [about] what someone wouldn’t have heard yet. For example, I knew about lionfish’s incredible density on the reefs but that’s news to other people. I knew that the derby was going to raise awareness and potential stories. I mean, there are people in North Carolina who don’t even know that lionfish are there. So I had to turn off the scientist for a moment and pretend I’m hearing about this for the first time.

What did you learn about science writing from this experience?

It was literally getting my hands dirty that helped me find this story. I think that in some ways it’s easier for the scientist-writer to get that. But if you aren’t [a scientist], spending a lot of time with scientists can be a really good thing. Not just interviewing them but following them around. Ask them what sort of questions undergrads might ask or what kinds of hands-on things they’d trust an undergrad to do. If nothing else, it gives you a better understanding of what they went through to get to that point.

I was particularly struck by your description of lionfish’s evolutionary dominance. Some people might think that you hate lionfish for doing such horrible things to biodiversity.

I think they’re amazing and beautiful. Look at those venomous spines waving.

If you wanted to design an amazing species, this is how you’d do it. You have to appreciate them for what they are. And the reason they’re invasive isn’t their fault. 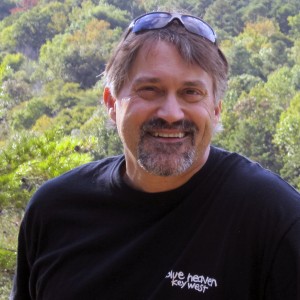 David J. Kroll is a recovering cancer research pharmacologist and science and health writer and educator. During the day, he splits his efforts as Adjunct Associate Professor of English at North Carolina State University and Director of Strategic Science Communications at the North Carolina Museum of Natural Sciences. He also writes the CENtral Science pharmaceutical chemistry and natural products pharmacology blog, Terra Sigillata and the drug, science, and Forbes education blog Take As Directed. His writing has also appeared in Nature Chemistry, INDY Week, ASBMB Today, the News & Observer, and the Charlotte Observer. Kroll is a co-author of the patient and caregiver education book, Breast Cancer Recurrence and Advanced Disease: Comprehensive Expert Guidance (Duke University Press, 2010). He can be found in much smaller doses on Twitter @DavidKroll.