Lights, Camera, Interview: Getting the Most out of a Video Interview 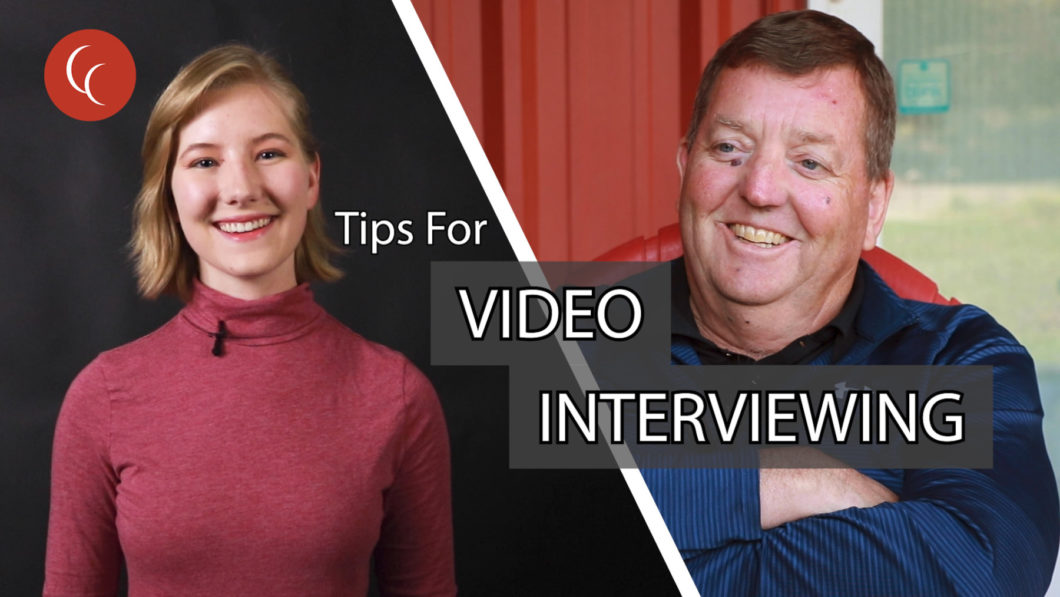 A video interview compels the subject to step into the spotlight and centers the distinct style that shapes how they express ideas. While the opportunity to capture this style might be an exciting moment for a science writer, it can be downright terrifying for subjects unfamiliar with being on camera. To capture a video interview with the character-driven content needed to build a multimedia feature story, the interviewer must also become a director, a producer, and sometimes a cheerleader.

Many smartphones can record in high resolution and at faster frame rates than some of the best professional cameras on the market, and they are also easier to use. Journalists who want to engage new audiences will find that gear is a shrinking barrier to shooting video for a science story. But gear is only half the challenge. Video journalism forces interviewers to capture clear, concise, striking soundbites that snap together to form a multimedia story’s underlying structure.

In the explainer video below, Madison Pobis, a multimedia science communicator, walks through an example interview and describes the strategies that will help interviewers come away with usable material regardless of their tech setup. Read on for more best practices for shooting an interview on camera.

Establish Rapport On and Off Camera

Katie Garrett, who has produced videos for National Geographic, Science Friday, and bioGraphic, says a good interview starts before you even set up the camera. “It’s about forming a human relationship,” she says. “You want to give a bit as well as taking.” Conducting pre-interviews over the phone sets your subject at ease by establishing some of the key talking points and allows you to introduce yourself. On the day of the shoot, Garrett likes to make conversation with her subjects while setting up. She’s careful, though, not to cover any critical points she’s hoping to capture on camera.

That relationship continues once the camera is rolling. Garrett uses her list of interview questions like a safety net, but rarely sticks to the protocol word-for-word. Instead, she loves to spark up a dialogue about some of her favorite critters—usually frogs and snakes—or about other sources she’s interviewed, to find out what her subject is most passionate about. Those details can be used to flesh out the unique interests of a complex character, not just a scientific expert. Starting with casual banter often means pushing the formalities, such as asking her interview subjects to introduce themselves, to later in the interview, once the subjects have settled in.

Elenita Makani Nicholas, a freelance video producer who often interviews academic experts, says that she prepares for interviews by becoming familiar with sources’ published body of work and any key terms in their field.

It’s also helpful to create a treatment for each project. This is a document that can help define a video’s purpose and intended audience, and that can also serve as a reference during shooting and production. The treatment may include a storyboard—quick thumbnail sketches of the main interviews, or A-roll, and potential supplementary footage, or B-roll, alongside a rough script—as well as notes on style, such as color adjustments (including color correction and stylistic changes known as color grading) and music. Garrett usually comes to a shoot with a prepared treatment, created in collaboration with an editor, and then aims to collect content that matches as closely as possible. For her part, Nicholas drafts her treatment post-interview, using it as a tool during the editing process.

Nicholas has found that leaving an open-ended question for the end of the interview, where the subject has a chance to address ideas that she didn’t think to ask about directly, almost always yields content that makes it into the final video. But leave the question too open, and you risk wandering away from the most important threads. “Sometimes if you give them too much of the floor you never get it back,” she says.

In the example interview above with California grower Scott Severson, the final question is about the future of California agriculture and its impact on his children, who hope to take over the business. This question is open-ended enough to allow him to speak to new material not covered elsewhere in the interview, but is still directly tied to the interview’s main themes of generational traditions. Asking him to reflect on the state of California agriculture as a whole would probably have been too open-ended and might have led to a response that was either unfocused or too long.

Better tech doesn’t equal a better interview, but it can give you more options once you start editing. Shooting with two cameras—one composed as a wide shot and the other as a close or medium shot—can give you the flexibility to make fine edits within a single take. In the explainer video above, switching between cameras provides a layer of visual variety in addition to smoothing multiple takes.

When possible, arrange a subject so that they’re illuminated by diffuse natural light—for example, positioning them under a covered outdoor area or looking toward an office window. Check to make sure that your subject’s eyes are never obscured by glare from glasses or dark shadows. You can often fix glare by repositioning the subject relative to the light source; or, as long as it isn’t uncomfortable for the subject, ask them to remove their glasses for the interview.

Some of these visual decisions may not be possible, especially when shooting in the field or under time constraints. But Garrett and Nicholas agree: Don’t skimp on the audio. Most viewers are willing to forgive the occasional jump cut or harsh lighting but won’t tolerate audio with lots of noise. Keep the recorder close to the subject with a clip-on lavalier microphone or a shotgun microphone mounted on the camera. Garrett suggests that if there’s a particularly distracting noise in the background, try to capture the source of the sound within the shot or by using additional B-roll. For example, if you’re shooting an interview in a lab with a whirring centrifuge, try to compose shots where some of the machinery is visible in the background so that the setting is clear.

If flying solo on your first video interview feels overwhelming, you might consider bringing a production assistant to help manage gear and monitor the tech. That frees you up to focus on the interview and build rapport with the subject. Working on a deadline or can’t find a buddy? Garrett says having a one-on-one conversation yields other benefits. There are fewer temptations for the subject to look behind the camera, and the intimacy that such situations tend to breed can feel more comfortable for subjects talking about sensitive material.

Whether you find yourself in a windowless basement lab under flickering fluorescents or in direct sunlight next to a rushing river, be prepared to abandon your plans in keeping with how the day unfolds. Depending on the story and your flexibility on the day of the shoot, Garrett suggests talking to everyone you can—research technicians, janitors, the random people that hang around the lab—even if you don’t have a set of questions prepared. Beyond providing a more balanced perspective to the story, having a diversity of voices is more visually and sonically appealing.

Your subjects aren’t actors, but in most cases, they want to help you craft a story that’s accurate and engaging. Video helps your subjects bring their personal interests and humanity into their expertise on the story. As an interviewer, your responsibility is to trigger a conversation that will help your future viewers engage with relevant material. So experiment, empathize, and most importantly, don’t forget to press record!