Ask TON: How Many Stories at Once? 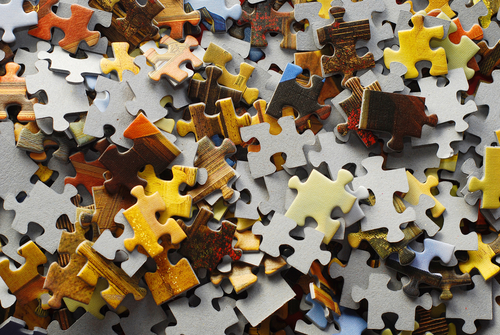 How many stories do freelance science writers work on at a given time?

I’m working on (err, at the moment, procrastinating) six stories in various stages of development: reporting (one 2,000-word feature, one 800-word news story); writing (one news story, one blog post, one book review); and editing (one 10,000-word feature). I’m also sort of developing two pitches in a fledgling stage (i.e., mostly Google and PubMed searches). This is a heavier load than normal because of that long story, but it’s rare when I have fewer than three stories on my plate.

I wrote 92 stories last year (though that includes blog posts and conference reports).

This seems a bit crazier than it really was. Some of these stories were only 250 words long and the revisions for the 12-story project were fairly light, but I had to constantly check my work calendar to make sure I was keeping up with a few projects that extended over many months and others that lasted only a few weeks. Technically, I have 13 active projects for eight clients, though six are in the editing stages and three are very early on in the process.

Last year, I wrote 40 stories overall (one project included eight stories; another included seven). This year, I’ll probably write about 55, (including a half-dozen blog posts but not including a few editing projects).

The number of stories I’m working on at any given time oscillates a bit. Typically there are one or two I’m actively reporting and writing for Wired Science, where I work half-time, and another one or two for other freelance outlets. Sometimes those numbers go higher—lately I’ve been juggling five stories—and sometimes, when I get a bit burned out or want to tilt that work/life balance back to life, it’ll go down to zero for a little while.

Then there are maybe a dozen or so stories I’m percolating—doing an interview here and there, thinking about them a bit, gathering string. And a few dozen for which I’ve theoretically got my radar going, though most of the time I forget what these are and end up remembering them when I review my story-tracking files.

After that there are several Big Projects on which I’m supposed to be working steadily, building towards e-book or book possibilities … but I haven’t quite learned how to get off the day-to-day and week-to-week treadmill and keep these fires burning evenly. I plan to do better this next year.

In absolute numbers, in the year 2013 I’ve written 44 articles for Wired Science, with a total word count around 45,000 words, and 11 pieces/15,000 words for other outlets. Which represents a welcome slowdown. There was a five-year period where I was cranking out between 150,000 and 200,000 words per year. I’m glad to be off that treadmill.

I cover a lot of news, which means that sometimes an assignment comes in that needs to be completed that day, even when I’m already in the middle of two, three, four or more other things. It’s not uncommon to have a bunch of projects going at once that are in various stages of completion. Say I’m juggling six stories. I might be in the midst of reporting two (making phone calls, setting up field visits, gathering research papers), actively writing one, planning to write a second when that one’s done, waiting on edits for another, and putting a sixth off until I get at least one of the others out of my way.

I usually have at least a couple of ideas that I’m trying to turn into pitches, maybe a fellowship application with an approaching deadline, an unexpected question to answer from The Open Notebook, and a book proposal that may or may not ever get completed. Right now, I am also waiting for a contract and official assignment before starting work on a feature story I’ve committed to.

I recently returned to work after maternity leave with my second son, and I am officially in the office just three days a week. (I am writing this during one of the baby’s naps on one of my “off” days). Before my leave, I was working five full days a week. Figuring out how much work is reasonable to take on with a modified schedule has been a work in progress. After working full-time for years, I guess I just had a “sense” of what I had time to do.

Now that I’ve evaded the question for long enough, I suppose I should throw out a number. Right now, the answer is about six, plus or minus three. Ask me tomorrow and I’ll likely tell you something different.

I generally try to write four to eight stories a week. I think my current record is turning in 14 stories in one week—however, a number of those 14 were actually started in previous weeks.

Right now I’m in a bit of a lull since it’s summertime. Sources are away on vacation, and editors are away on vacation, making it challenging to file stories. Still, last week I turned in nine stories, and was working on two that I’ll probably finish this week; however, the week before last week, I only turned in four stories. Wintertime can also lead to lulls in work flow, as well as other times with major holidays.